Oroborus is a new multi-genre roleplaying game. It is designed to be highly adaptible and emphasizes character development and imaginative roleplaying in any setting.

Oroborus is based around the idea that you don't need a lot of complex rules to create a powerful and detailed roleplaying system. A few simple, flexible mechanics cover a multiverse of possibilities.

Characters are developed through descriptive point allocation and an adaptive skill system that lets players have exactly the characters they want, tailored to the setting in which they are playing. All skills, including combat are resolved using a simple, universal system which handles comparative and qualitative skills with elegance. Oroborus offers rules which are simple enough for beginners, but with depth and flexibility for experienced players.

LINK
Published by Catacomb librarian at 2:55 AM No comments: 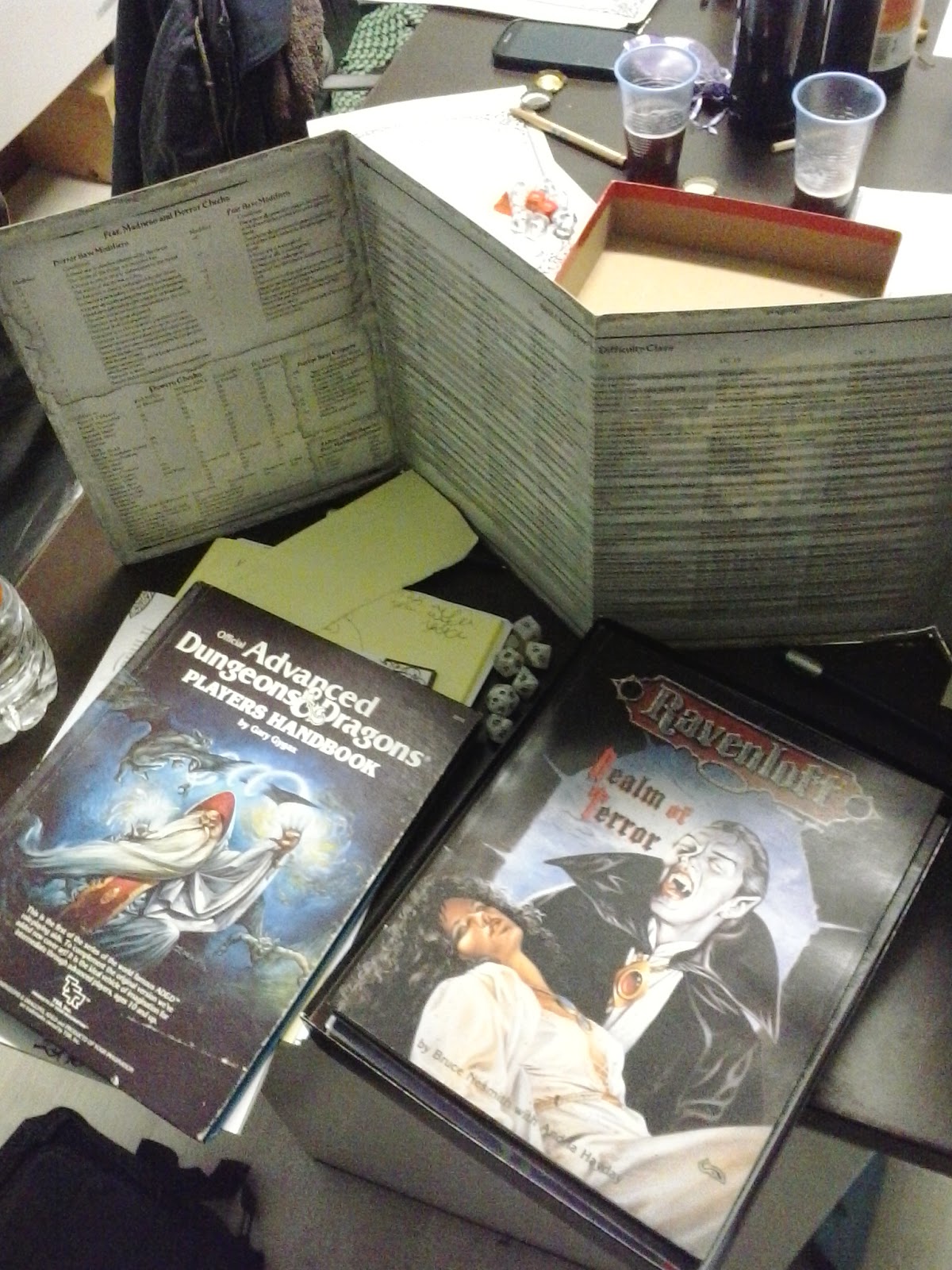 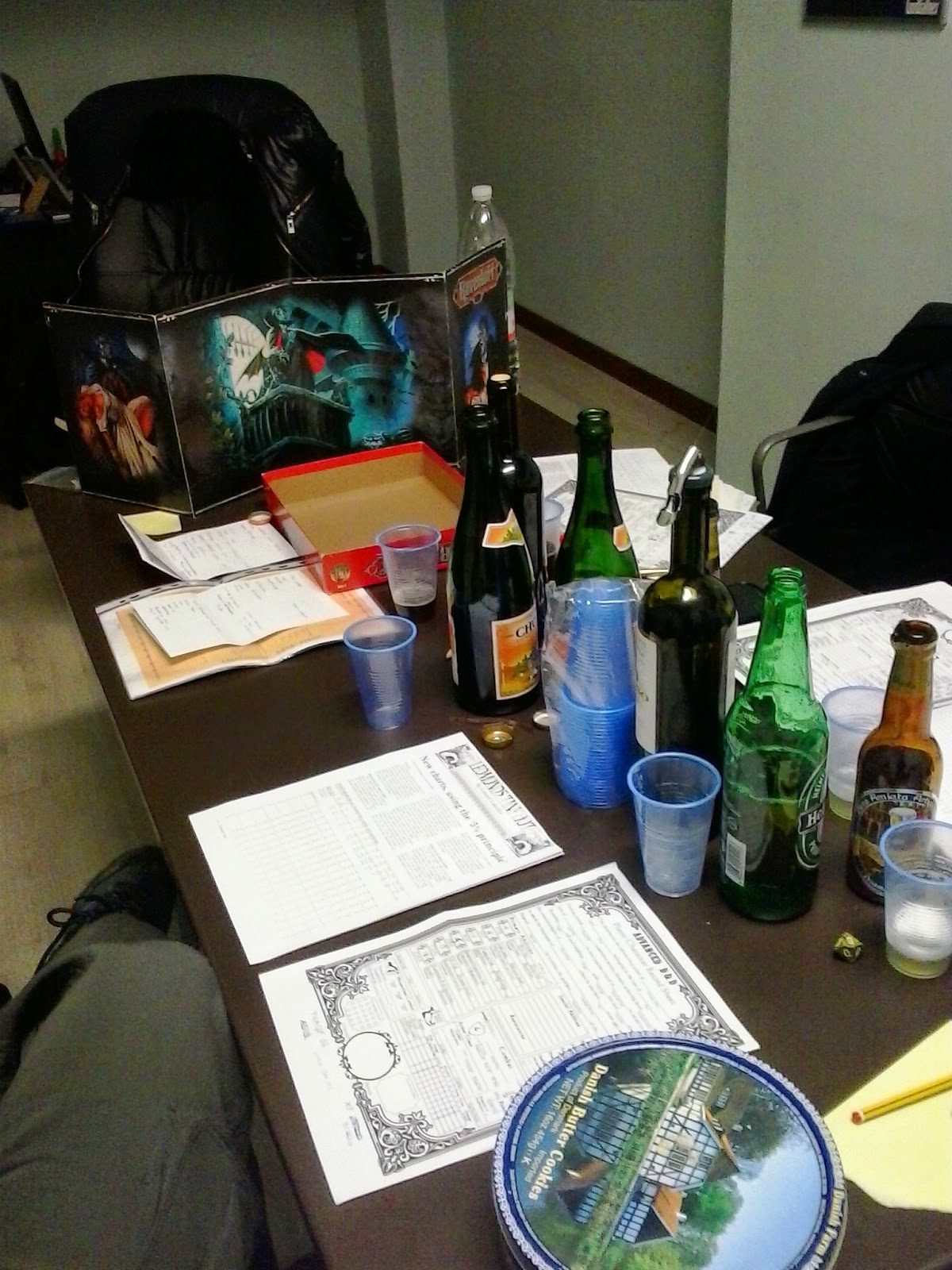 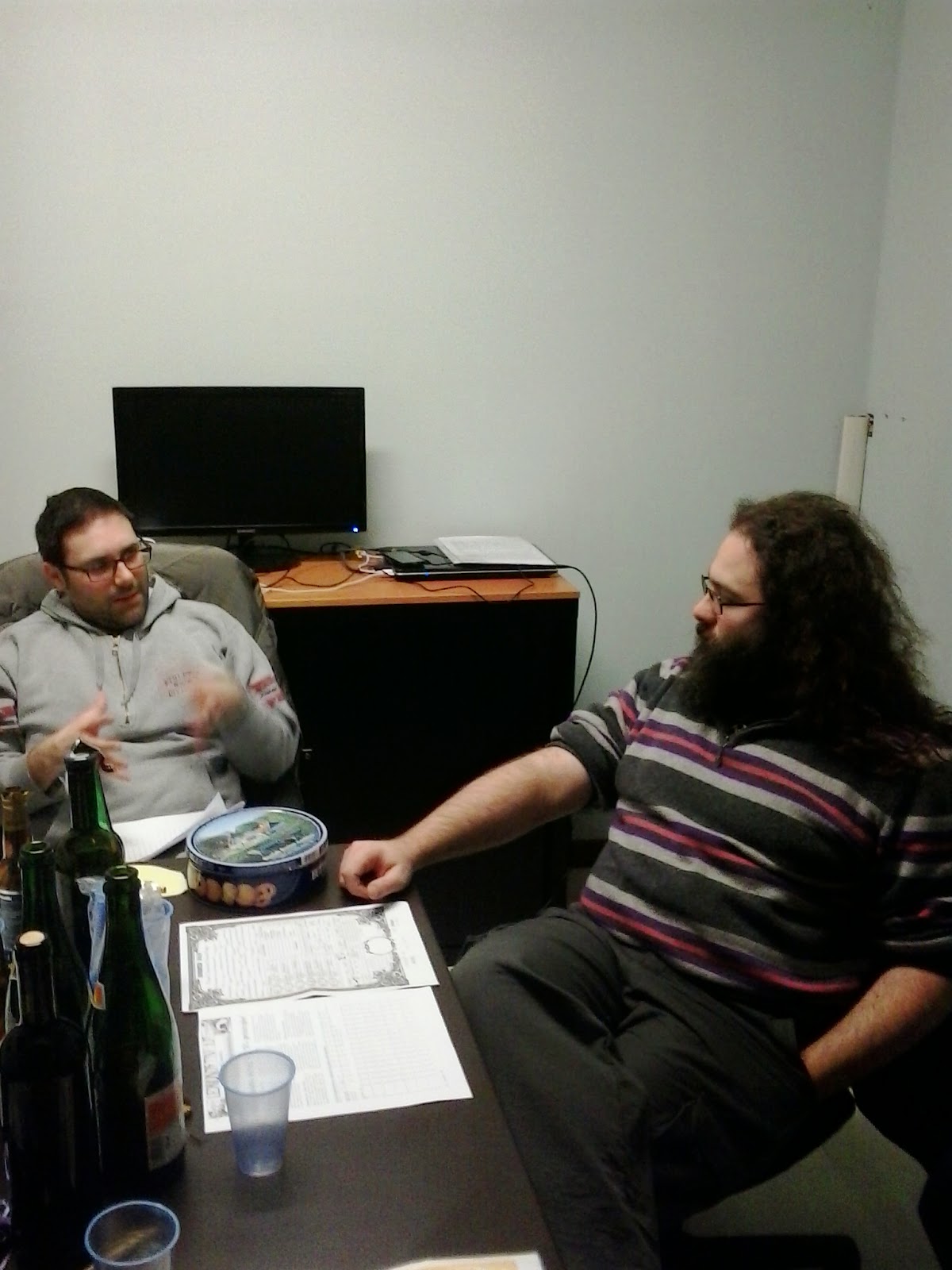 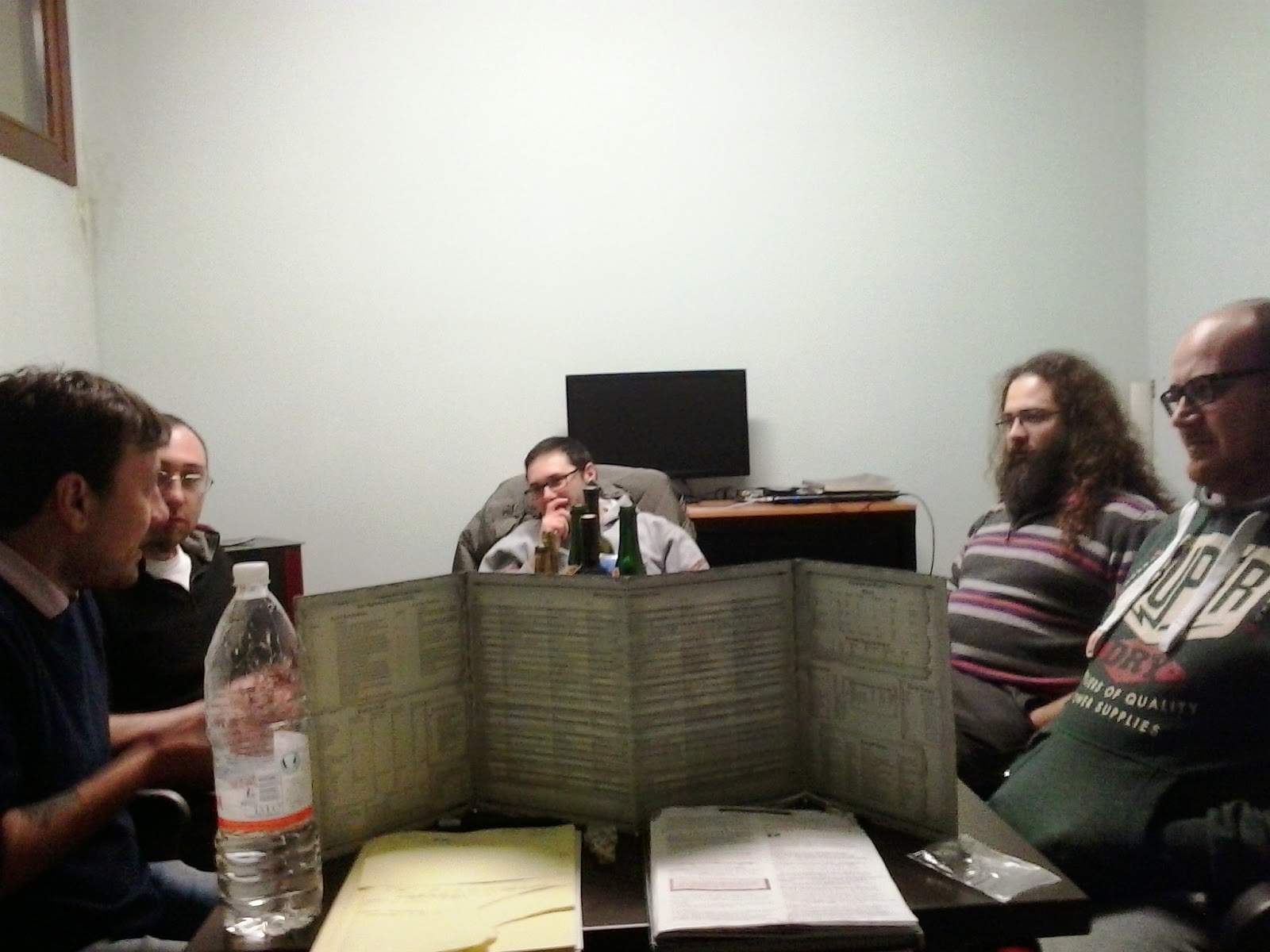 Published by Catacomb librarian at 4:28 AM 5 comments:

I felt like a benighted soul when i saw this

A very obscure fantasy rpg....it seems that i will never manage to own every fantasy rpg published, this is an example of an item so rare that you'd better not desire if you don't want to get disappointed due to its unavailability. 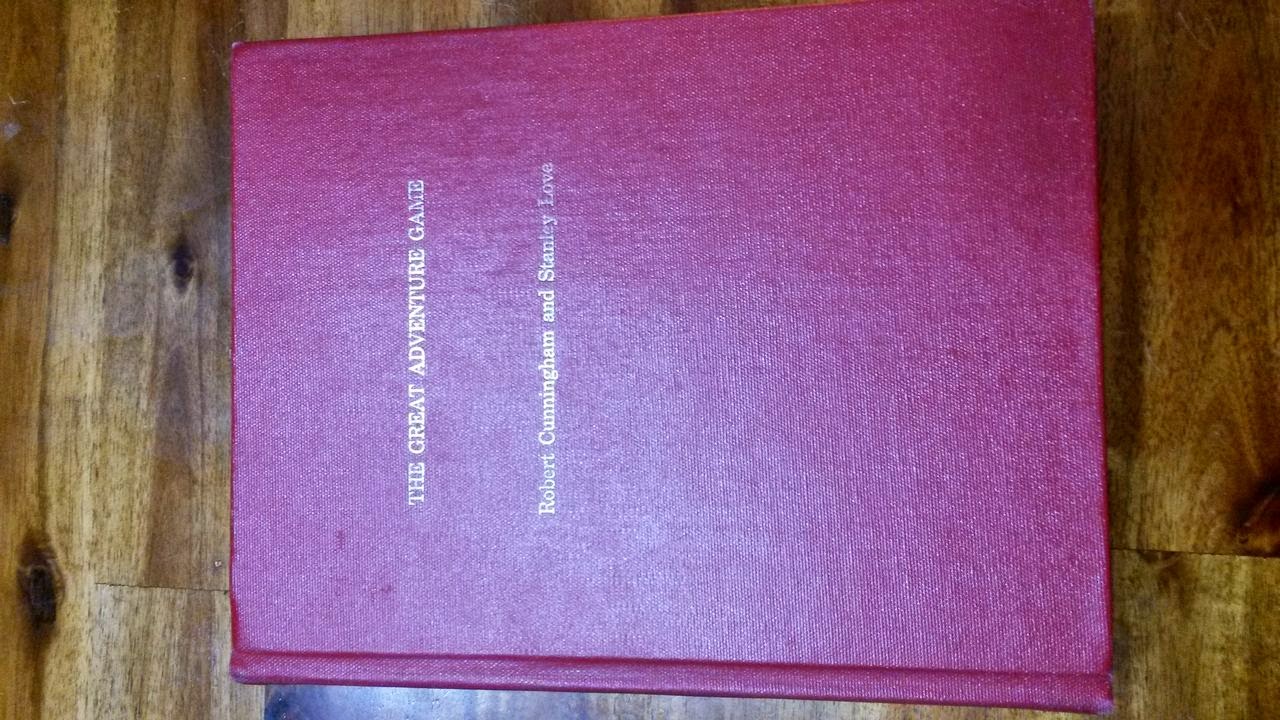 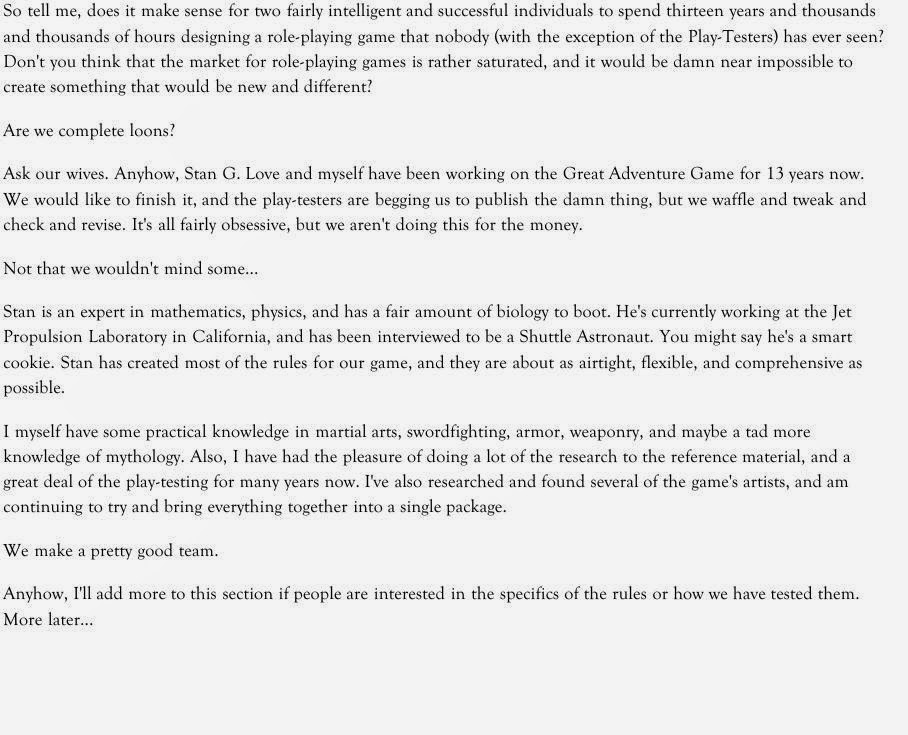 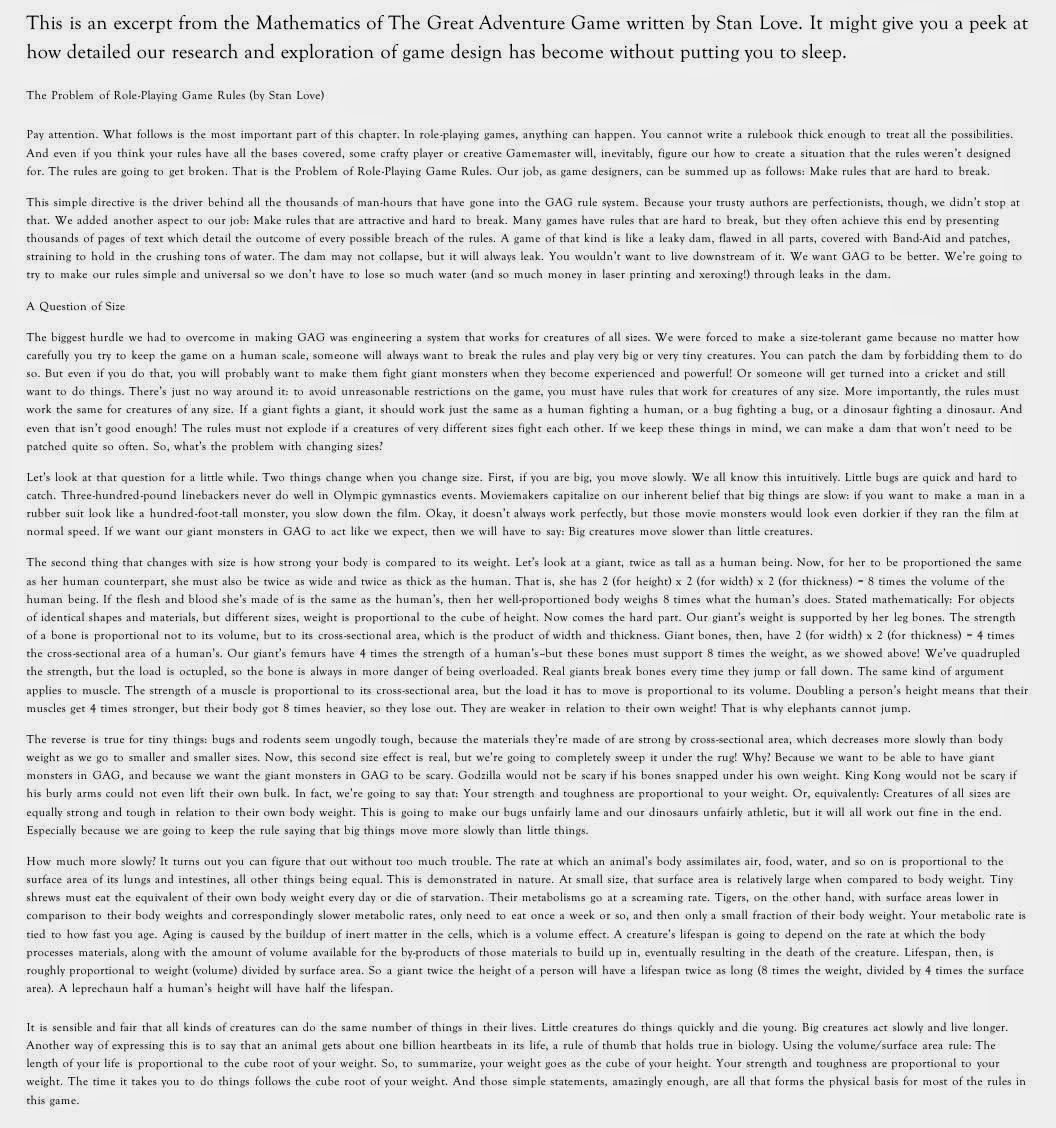 Published by Catacomb librarian at 4:24 AM 2 comments:

Here is too deep to look any further

I realize that my tendency is like that of an archaeologist, it has always been.

As time passes and i peruse other blogs, i can see that i behave pretty differently from my collegues, that is, i refuse to write about new and not-so-new OSR inspired games, such as Dungeon world for instance, but the same is true for many other games: i recently got a copy of Crypts & things and a copy of "Astonishing S&S of Hyperborea", but i left them aside after a couple of minutes.

Why? Certainly not because i disliked them or because i maintain they are without value.

I appreciate the effort that is to be found behind these labours of love, and they are often solid games which can provide hours of enjoyment.

The fact is, quite simply- that from my perspective- lingering over these games is not the correct approach, and in the end it is tantamount to a paradox.

Time is tyrant for everyone, and we are not aware of an immense portion of what was written, thought, and then published in the past as for fantasy role-playing games. The arrow of time for me points definitely to the past, and as long as the past remains not sufficiently understood we are vainly gesturing to one another and speaking a tongue we presume to know. The past is the real treasure, not the future- at the very least, we can't treat the future as the most important thing in our hobby until we grasp all of the implications that the past represents.

In practical terms, i strongly believe that we must continue studying and pondering what was written in the past: only from that shore a light does shine which can guide us to our beloved harbor.

The solution to this dilemma is to recognize that there exist higher achievements
and that the games of our era pander to players with a low degree of curiosity and with few urges to explore more deeply our hobby.

Our disposition towards OSR suffers from a fundamental blunder.

Many among us get always greatly excited whenever a new OSR-inspired game hits the market, wondering what marvellous content it might have, almost craving for the novelty it could have (in terms of mechanics, ideas, and so forth),and in doing so each time we neglect the past, wherein these very new ideas have their glorious abode (whatever they may be, good or bad).

This attitude won't contribute to the augmentation of your knowledge of the old fantasy rpg "science", but instead it prevents you from digging deeper and to find for yourself precious, forgotten gems that lies, silent- only awaiting to be known.

But this knowledge won't be a sterile, intellectual kind of knowledge: it will empower anyone, opening new vistas as only the discovery of a game never-before-known can engrave on your spirit.

What is necessary is to curb the desire that pushes us forward, and try to never give our back to the past, which is still too uncharted.

Not that everything we need is behind us, but, as of now the most useful and meaningful tools reside there.

Turning backwards will prove to be once and for all the necessary step- because trifling gifts are shining in front of our faces, though the illusion is so strong and it's not going to vanish easily.
Published by Catacomb librarian at 11:43 AM No comments:

Today i bought Heroes rpg, which has been recently made available as a PDF, as you can read here.

It costs just £6, which is a very honest price considering what you get.

In fact, you get to download the ORIGINAL 1979 version in a beautiful 85 pages PDF document, which is amazing considering how difficult it is nowadays to find copies of it. 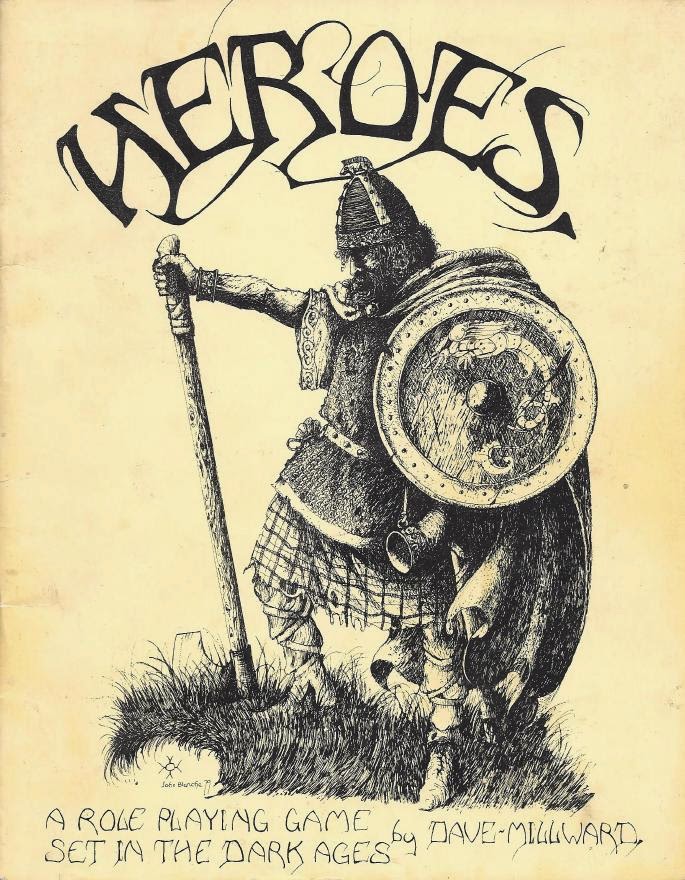 The game seems grim & gritty in terms of rules as far as the simulation of real medieval daily life is concerned, so if you don't tolerate a game without dragons and fireballs perhaps this game is not meant for you, but if you want to dive into a medieval campaign then this may be the rpg of your choice.

Expect a review of this game on my blog once i get acquainted with the rules and have the chance of testing it with my players, who are always fond of trying new games.
Published by Catacomb librarian at 12:43 PM 2 comments: