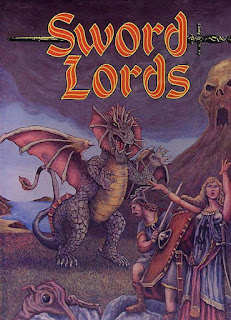 "A game of fantasy armies, heroes, and adventures."

"The ancient stories of elves and men tell much about the titanic struggles of good and evil, but little has been recalled of those who were not of Middle Earth but of its fringes. With this book you may recreate a part of the Eastern Regions, the vast and diverse archipelago that bordered the eastern coast of middle earth, to sail between strange islands, face demons and gather treasure, and to fight large battles between the many powerful contenders for this part of the world long past."

Published by Catacomb librarian at 4:59 PM

Thanks for this. It really made my day.

This is so cool. Thanks for all you do!!!