Mankind will turn into ice 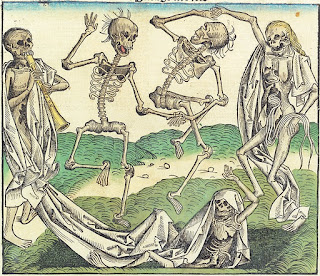 The prophecies of the Nun of Dresden (c. 1680–1706) blow me away, probably because they are so fantastical in nature.

Here it is one where she predicted cryogenics.

"Mankind will turn into ice" (letter sent to theologian Bruks)

I saw men in the early years of the spirit to go and die in icy houses, but this death was not death and the dead were locked (sealed) in large glass cabinets and each cabinet had a name. The eye was watching the dead forgotten by death until life opened the cabinets again.

What is "the eye"? The first thing that comes to mind is a camera which "controls" these cabinets, where the dead are "sleeping", frozen. There are many other prophecies written by the dresden nun which are even more astounding, i'll try to put them in future posts.
Published by Catacomb librarian at 11:42 AM

For many of us who have had a corporate job we hated, maybe this death that "was not death" is the death-like existence of a corporate job, and the "large glass cabinets" with names on them are the faceless glass high-rises, often labeled with the name of the company who owns/occupies them. Maybe the "eye" is the boss who watches us, and the life that returns when the cabinets open is the return to our "real" lives outside of the office (when we go back to living.)