A totally female OSR blog due to appear...when? 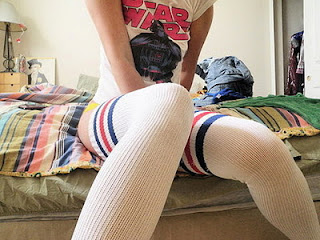 Lazy thoughts yesterday. I know there were and there actually ARE female rpg players out there, albeit not so abundant as male players, so it may be there are (many) girls scattered around the threads of- say- Dragonsfoot forum or other boards, but (i don't know how) yesterday evening this thought visited my mind:

Is an OSR blog run by a female human being already in existence?

Perhaps not yet- i am pretty sure there isn't one, and i couldn't help but think that it would mark something cool in the OSR Movement as a whole. I know it would be a pretty useless happening under some aspects, but- given the rarity of such thing taking place, it would still be very nice to see.

So, i'm eager to see this someday- provided we are lucky enough.
Published by Catacomb librarian at 12:19 PM

Although the 2nd blogger has taken a break and may or may not return to blogging.

Apropos of nothing in this post (esp. as Dave already mentioned How to Start a Revolution in 21 Days or Less), but Mesmerized by Sirens is a wonderful name for a blog.

Plus it reminds me of Black Tape for a Blue Girl, which is a wonderful thing to be reminded of.

@Austro: thanks for the input, i surely was not aware there were 2 blogs clad in female grace.

@Rainswept: thanks, the name sort of summarizes my "approach" to FRPG..
what they should stand for, at least to me.

It's inactive, but there's Dungeon Mistress who used to run 2nd edition for an all female party before she went off to school. She's cyclopetron's niece.
http://girls-play-dnd.blogspot.com/

There's dungeonmum and thehappywhisk which, I think, are married to OSR dudes. At least one of them is. There's Mandy Morbid, but she talks about boobs more than D&D.

So we have a good mix of, in 1st edition terms: maidens, harlots and good wives.