The End of the Story (The Collected Fantasies of Clark Ashton Smith, Vol. 1) 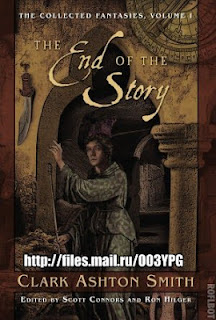 Published in chronological order, with extensive story and bibliographic notes, this series not only provides access to stories that have been out of print for years, but gives them a historical and social context. Series editors Scott Conners and Ronald S. Hilger excavated the still-existing manuscripts, letters and various published versions of the stories, creating a definitive "preferred text" for Smith's entire body of work. This first volume of the series, brings together 25 of his fantasy stories, written between 1925 and 1930, including such classics as "The Abominations of Yondo," "The Monster of the Prophecy," "The Last Incantation" and the title story.
Published by Philosophical slumber at 3:07 PM 4 comments:

Published by Philosophical slumber at 2:39 PM No comments:

Google plus, this odd thing

Now i am on G+, basically i created a profile there because i realized it is not possible to post comments on Grognardia's blog in the usual way, and since that is the only old-school blog that i read..here i am.

my address is here:

I noticed that some post contents disappeared from my blog, mostly because the hosting site where i uploaded images has gone out.

For instance, this, that i cherished much:

or this other one:

Published by Philosophical slumber at 2:11 PM No comments:

So, you admit it.

Imagine magazine issue #1, there is the so-called "The Beginner's guide to role-playing", i was amused to read this: "...you play the part of a fantasy hero battling fearsome monsters, as you struggle to become more powerful..."

More powerful..not to develop a deeper character, a more realistic and profound alter ego in an alternate reality...but just to become more powerful.

I know, that is just an early advertisement, but, anyway. I just can't like it.

I think i will compare ( in a future post), the content of this ad to what Richard Snider wrote about what he thought it was the main and most entertaining aspect of playing a fantasy character. 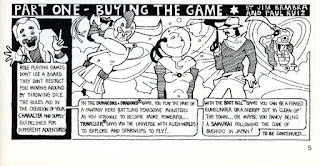 As i said, yesterday, here they are: better resolution scans of an article contained in issue 3 of Imagine magazine.

One of the most interesting quote i found in this article when i read it, is this:
"Basic D&D feels as if you are playing a game, whereas Advanced D&D can feel
as if you are taking part in a fantasy novel".

Oddly enough, this is exactly what my first DM taught me when i encountered AD&D as a teenager. A lot of attention was given to the role-playing aspect, and together with the rules so detailed, i really grasped how important it was to be able to recreate an illusion, that is, to give flesh to dreams.

From there, i then moved to more complex fantasy rpg's, to pursue the same, the Grand Illusion. But this is another story.

Again, Grognardia is talking about another issue of Imagine magazine.

Again, i appreciate a lot his reviews, but at the same time i wonder how eagerly anyone not owning any of them may crave for them (i hope this convoluted english sentence is understandable).

It must be painful after all.

Fortunately, i have all of them in electronic format. I still have to put issue 2 available, but today he is reviewing issue number three.

So, here it is an article taken from its pages.
I still have to figure out if there is interest in this, since i received just two comments so far.

By the way, i know the quality is not outstanding, i'll try to upload better resolution later.

So i noticed that on Grognardia website James started to comment on Imagine issues, that is quite interesting and i applaude at this idea, anyhow i couldn't help but wondering: "is this not pointless without giving people the chance to actually read these and making ideas of their own"?

Of course, i'm talking about those (few?) who could not afford to get  physical issues of this magazine.

So, here it is the experiment: as soon as Grognardia publishes reviews of single issues, i will make them available here.

But i repeat, it is just an experiment, should i realize there is no interest in this, i will immediately cease. 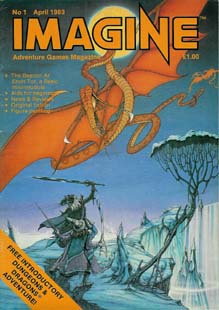 FILES.MAIL.RU
Published by Philosophical slumber at 8:57 AM 2 comments:

A better version than that which is available on youtube.

Based upon the short story of H. P. Lovecraft (which the author listed as one of his personal favourites), this is the 1980 adaptation, directed by John Strysik. 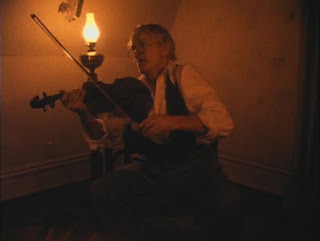 The naïve young Charles Dexter Ward finds himself staying at a boarding house on the mysterious street Rue D’Ausiel during his studies in Paris .  In his room each night he hears haunting violin music emanating from the building’s top floor, where, he learns, an old man named Erich Zann lives.  He convinces Zann to play for him one night, but when he asks the old man to play the eerie refrain that drew Ward to him, Zann violently refuses and asks the building’s proprietor to re-locate Ward on a lower floor.

The music continues to haunt Ward’s dreams, however.  One night he hears a falling sound from Zann’s upstairs room and knocks on the door to see if he’s okay.  Zann invites him in and promises to write down the full explanation of his “blasphemies.”  After he’s filled several handwritten pages, however, strange tones are heard coming from Zann’s curtained window; the musician grabs his violin and commences playing it in an apparent attempt at keeping whatever is lurking outside at bay.  During the melée Zann’s papers are blown through the window and Ward takes the opportunity to part the curtains and look out...and is confronted with all manner of unearthly visions.