A splendiferous old fantasy rpg among us

You can currently found the complete edition of Chivalry & Sorcery: The Rebirth at RPGNOW following this link.

I downloaded it today, and what is awesome is that they provided as a FREE download not only the main rulebook but "Magick & Miracles" and "The Game master's handbook" as well, so what you can get absolutely fo free is the entire fourth edition of "Chivalry & Sorcery" fantasy role-playing game.

Sure, this is not the legendary 1st or 2nd edition, but if you have never tried this old fantasy rpg (published for the first time in 1977), you should really give it a try.

I regard Ed Simbalist as the greatest mind behind the rpg history, and if you are curious you can read what he himself thought and wrote about the differences between Dungeons & Dragons and Chivalry & Sorcery following this old post of mine.

If you don't download these three books for free, you know you are destined to hell in the afterlife.

Published by Philosophical slumber at 7:36 AM 4 comments:

The Balrog and the Finger of Death

Today i stumbled upon this wonderful article, and i couldn't have explained it better myself, because it contains many points that i agree to, especially the one concerning the almost-useless role of miniatures (i have never used them).

But the article touches other points that are of interest even nowadays, especially considering the direction that a game such as "Dungeons & Dragons" has taken since 3rd edition, namely, the excessive use of combat rules, that - again - shouldn't become more important than role-playing.

Published by Philosophical slumber at 6:33 AM 3 comments: 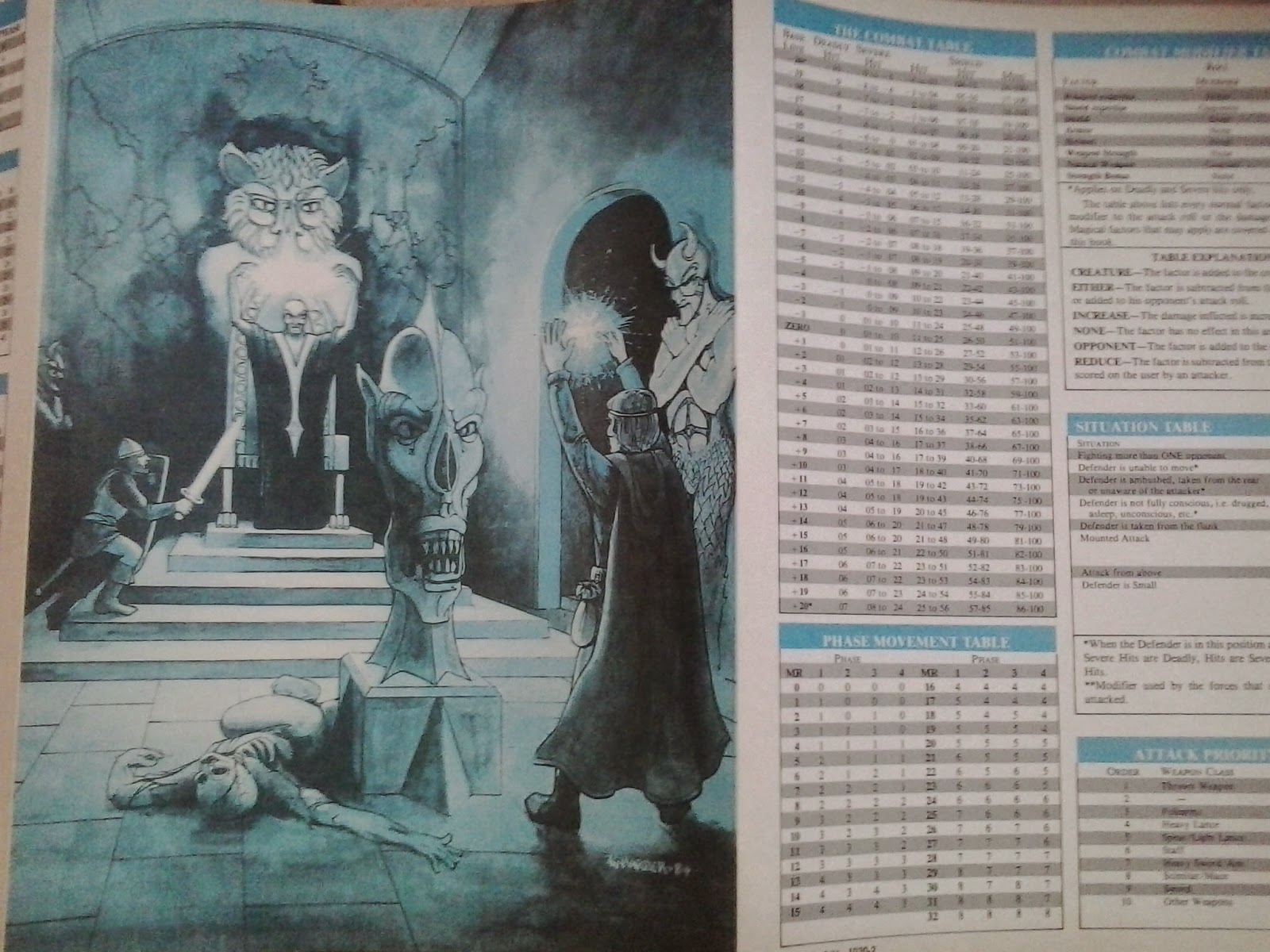 At times i feel as if i am in a solitary grotto, surrounded by books no one cares about anymore.

I tell young players that i just played 1st edition AD&D and they blink their eyes saying that in those times things were confused and complicated.

I should take notice more often that i actually live in the past, and that my comrades blogger do as well. So, in one sense it is true, we are the custodians of this hobby- we can teach youngster from where it all started, how it was like to play in the beginning, we are becoming historians even if we despise this word.

We are becoming historians as each year passes.

The conundrum is, is it worth persevering in playing old games?

We old schoolers usually flaunt our wealth, showing that we own, that we know and play old, vintage and rare-to-find games, but this parade doesn't usually raise interest in the public, particularly in the young public.

How to thwart these doubts and difficulties that sometimes arise?

Strenghtening our passion and ignoring the indifference shown by the general public who are playing new games? Maybe.

It's strange to always think about the past while the arrow of time goes in the opposite direction.


Published by Philosophical slumber at 3:26 AM 9 comments:

Clark Ashton Smith: A Critical Guide to the Man and His Work

For just 5 dollars, you get the digital version of this 200 page book about the bard of Auburn.

You can buy the book here

Published by Philosophical slumber at 11:05 AM No comments:

To you, who bestowed the sweetest dreams upon me.

Published by Philosophical slumber at 3:26 AM No comments: