Are Millennials missing something?

I think that is one of the reasons why i started being interested in the history of our hobby and that is what triggered my collecting mania. 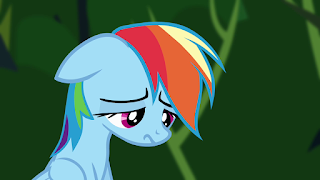 The subtle feeling that there MUST be more than meets the eye.

You play Dungeons & Dragons for a couple of years, then you realize the many inconsistencies it has or you just aren't satisfied with one or two official mechanics of play -  so, instead of trying to fix the problem by implementing an house rule that you just devised, you decide to look around to check if there exists another role-playing game that suits your needs.

Yes, at that time (when i discovered for the first time games such as Rolemaster, for instance) i felt that D&D encroached on my intellectual horizon, preventing me from relishing higher tastes.

The attitude of keeping playing Dungeons & Dragons blindy, without considering all the other fantasy role-playing games that were produced and published in the past, thus ignoring all the different perspectives would have jeopardized my entire game life.

Most of all, what i wanted to accomplish was to find out which were (in my opinion, of course) the best fantasy rpg's ever published in the history of our hobby.

Imagine that someone prevents you from knowing some important pieces of information, and therefore you are doomed to experience just a portion of the whole reality.

In this way, the consequence might be that you will be able to experience a crass kind of entertainment, a crass kind of joy (yes, i am using the word JOY, because that is what i feel when i play, so it is not an over-statement). You will never come to know that "unknown joys" are there and await to be picked up and savoured. No one tells you that.

And, more importantly, the so-called "Millennials" are missing something valuable not knowing the predecessors of the latest edition of D&D that they are currently playing?
Published by Philosophical slumber at 2:50 AM 8 comments: 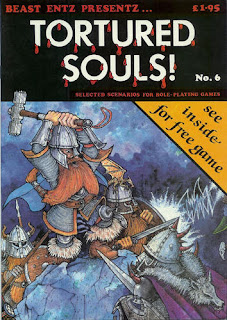 The fantasy RPG i daydream about 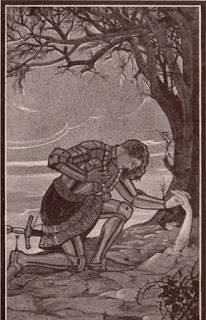 At times the thought of writing a personal fantasy role-playing game deeply rooted in my old-school knowledge wanders through my mind. It is not the first time it happens.

In my grand dream, it would be a modular game, where you can use different sub-systems of your choice (among those available) in dealing with combat, character generation, etc...It would be a sort of mix between many old and glorious rpg's that i have come to known in my life. Totally old school, with rules never before seen.

Only God knows if i ever write this game. I am not balking at the project, maybe the right idea would be that of doing it all as a kickstarter project.

Also, the potential title perplexes me. I am not english mothertongue, so i am asking those who read a serious question (because i maintain that the title is the most important aspect of a game), how does "Sleep & Sortileges" sound to an american ear?

Published by Philosophical slumber at 4:54 AM 8 comments: