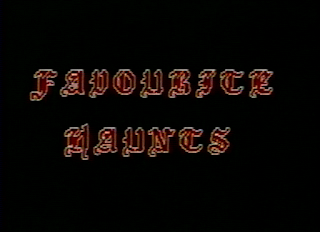 Synopsis:
Hosted by Henry L. P. Beckwith, Jr., author of the 1979 book Lovecraft’s Providence & Adjacent Parts, this biography of horror writer H. P. Lovecraft features locations in Providence, Rhode Island that shaped his life and works. Also shown are photographs of Lovecraft and his family, as well as numerous Lovecraft manuscripts and books. Beckwith was granted unprecedented access to the Lovecraft collection at the John Hay Library of Brown University, and he hauls out plenty of manuscript material, including the original draft of "The Case of Charles Dexter Ward". 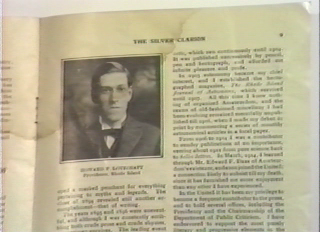 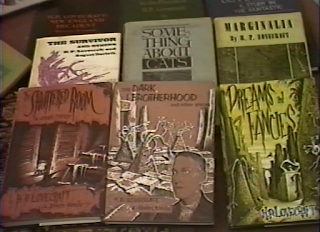 Notes:
Released on VHS at the time of the Lovecraft Centennial in 1990 and sold almost exclusively at horror conventions such as the NecronomiCon, this is a hard one to find these days. Favourite Haunts was reviewed (none too favourably) by Kevin Patrickson in the Spring 1991 issue of Lovecraft Studies, who mostly complained that modern vehicles and background sounds detracted from the antiquarian aspect of the walking tour. At a remove of 20 years the film seems far better: a thoughtful video from a genuine old-school Lovecraft scholar, rather than an "Outsider" seeking to cash in on Lovecraft's recent ascendancy in the canon of American letters. 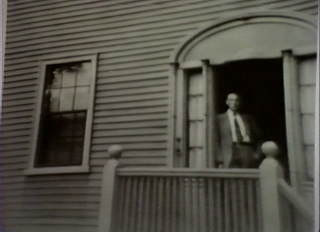 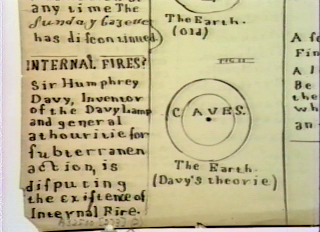 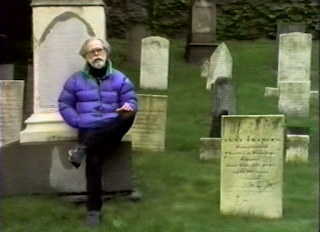 any chance to get a re up for this?

any chance to get a reupload of that?

any chance to get a reupload of this?

i cannot right now, you will have to wait for that..

what about now? :D
thanks to you i got into those rpg games! any recommendations on some single player quests? cheers from berlin!

you can send me your e-mail

it's my nickname at g mail dot com