I can't remember where i got this, it is likely i stole it from some website some time ago. So, credit goes to the original poster (whoever you are, thanks a lot).

It was a real old-school discovery when i first saw it, dating from 1979. It comes from "The Beholder" fanzine issue number three.

From Rpggeek we learn that

"The Beholder" was a long-running and popular UK fanzine published by Guy Duke and Michael Stoner, mainly focused on D&D and AD&D, and featured new monsters, magic items, character classes, and other game aids. Occasionally there were write ups of adventures. One regular feature was that there was a D&D/AD&D scenario with a map in every issue. Although there were no publication dates printed on the early editions of The Beholder, the first issues can be placed as being published in 1979 from references in other contemporary fanzines."

The essay contained therein deals with an alternative magic system forAD&D. I am pleasantly surprised to see that it is founded on the concept of spell points.

Here it is for anyone to ponder. 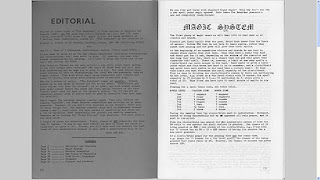 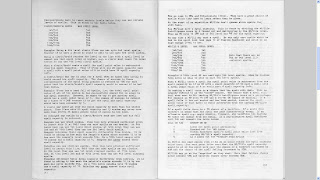 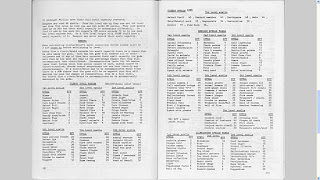 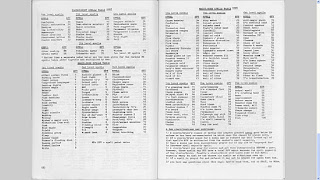 Published by Philosophical slumber at 11:51 AM

1979? People began fiddling with spell point systems in 1974. Dave Arneson claimed to have wanted to include the one from his 1978/9 Adventures in Fantasy in the original D&D publication. I'd suggest you look to Alarums and Excursions or perhaps to Judges Guild for earlier published examples.

thanks for reminding me this. How could i forget? I even bought Dragons at dawn where there is mention of a spell point system..