The enthralling mystery of Bifrost 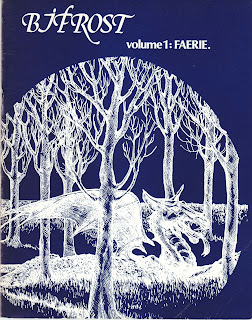 Today i was thrilled when in my blogroll i noticed that Randall on Retroroleplaying blog wrote a post about an obscure fantasy RPG which matters a lot to me. My eyes immediately fell on the title of the post and i was excited in reading what he had to say. Basically he was asking any kind of information which might be available about Bifrost, which- for the american audience- is probably one of the most difficult fantasy rpg to obtain, because it was released in the UK and from what i understand it didn't get much notoriety outside of the UK and Europe.

I've been chasing Bifrost for a long time because i instinctively felt there was something special about it, and i was not wrong nor was i disappointed once i managed to get my hands on it. I don't want to repeat here what i already wrote as a comment today on Randall's blog, suffice it to say that i consider Bifrost a beautiful gem, and one of the best fantasy rpg of all time.

I would be very happy to contribute in this sense to the OSR community trying to spread the knowledge of this game. I was already trying something similar with Melanda and other obscure fantasy rpg which i deem deserve more attention. Those who read my blog already know that my attitude is more centered towards other fantasy rpg other than Dungeons & Dragons, so it is not surprising if i add Bifrost to the already existing list.

To begin with, i think a good idea is to highlight, the only (as far as i know) review that was ever written about Bifrost. It appeared in White Dwarf magazine issue 7, was penned by Don Turnbull and it shed some light on this fantasy rpg though i don't agree with everything written therein. Without further ado: 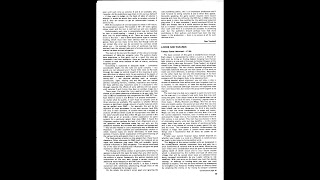 Published by Philosophical slumber at 1:52 PM

Fascinating stuff as always CL. There was another review in The Space Gamer #57.

I would particularly love to see a copy of the single volume edition from the early 80s.

...it must be virtually impossible to buy BIFROST in the USA. :)

Thanks David, that review skipped under my radar.
Nice to see that this reviewer acknoledges that there is much that is unique in Bifrost, and that the magic system is "quite original".
Long live Bifrost. This is the kind of fantasy rpg i would have chosen instead of OD&D if i was born on that glorious period.

That might have been the second review I remembered but could not find Monday. Thanks much for posting it.

Was the single volume version actually published? I remember reading that Skytrex planned one, but I don't remember ever seeing an ad for it or any "it's actually been published" type announcement.

I suspect you're right Randall. After a couple of hours of trawling through Google searches I found absolutely no evidence of it. Noble Knight Games only confuses matters by listing it and marking it as "Sold Out". Makes me wonder how many other unpublished works they are advertising.

No i think it was never published as a boxed set or something similar.

I just wanted to add to the discussion that- though Bifrost is composed of four volumes, in order to play it you just need the first three. I mean, in my opinion the fourth is not indispensable.
Following my reasoning, i miss only the second one (Combat), as i wrote on Randall's blog.

Also, i'd like to point out that i never saw an advertisement for Bifrost. Did they ever produced one?
I would love to make one of my own using photoshop, really :)

> No i think it was never published as a boxed set or something similar.

Correct. The convoluted publishing history certainly wouldn't have helped for any such endeavour, anyhow.

> Also, i'd like to point out that i never saw an advertisement for Bifrost. Did they ever produced one?

I don't recall a separate one, off-hand; retailer sales sufficed via the 'zines ( http://farm6.staticflickr.com/5280/5855779759_7dd0e61a83_o.gif ;) or the bricks and mortar stores. Must've sold a reasonable number of copies given the frequency with which those turned up on the second-hand rack; albeit not as often as Heroes.

Picked up a copy of volume 1 when I was on vacation in London in '76. Never have seen the other volumes, and volume one is not reaaly playable by itself.

The combat book is interesting. They used a novel approach that a characters hit points were multiplied by the armour that they wore (in effect reducing the damage caused by weapons by a like factor).

Worked nicely because it was fast and simple approach to fractional damage, although it made a few people used to D&D feel slightly strange when one took off one's armour and "lost a lot of hit points" in doing so.

Must get it out again sometime and reread it.

Hi Reverance Pavane, thanks for sharing the info.

As you might know, volume two is the only one that i miss, while i actually own volume I AND III.

Can we help each other in filling the gaps in our collection? I have been after volume two for many years and i can't seem to find it anywhere else.

Also, after having all of the three volumes in my hands, i am planning to share it in some way all this knowledge on my blog.

If you are willing to help, please do not hesitate to contact me. thanks.